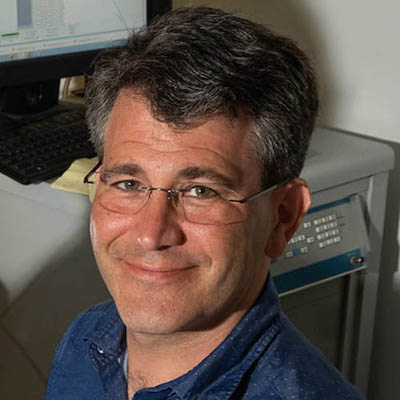 Douglas Natelson graduated summa cum laude from Princeton University in 1993 with a BSE in Mechanical and Aerospace Engineering and a certificate in Engineering Physics. On a Hertz fellowship he went on to study experimental low temperature condensed matter physics at Stanford University with Douglas Osheroff. After receiving his PhD in 1998, Prof. Natelson spent two years as a postdoctoral member of technical staff at Bell Laboratories (Lucent Technologies) in Murray Hill, NJ. He joined the faculty of the Physics and Astronomy department at Rice in the fall of 2000, and became a fellow of the Rice Quantum Institute. Prof. Natelson received a courtesy appointment in Electrical and Computer Engineering in fall of 2001. He was promoted to Associate Professor in spring of 2006, and full professor in spring of 2010.  He became a courtesy appointee of Rice's Department of Materials Science and NanoEngineering with its inception in 2013.  Prof. Natelson has been chair of Physics and Astronomy since July, 2016.