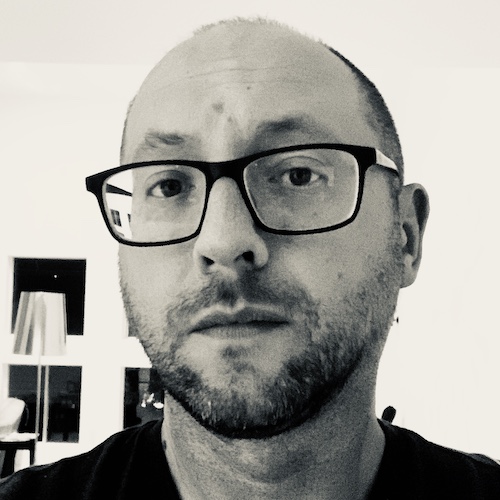 Professor Boyer is not accepting PhD students for the 2023-24 academic year, although he is happy to meet informally with students.

Dr. Dominic Boyer is an anthropologist specializing in the study of energy, climate, politics and society. With Prof. Cymene Howe, he recently completed a large NSF-funded field research project on the political culture of wind power development in Southern Mexico. He is currently researching competing models of electricity provision and their social implications in Europe, the United States and Latin America. And with Dr. Mark Vardy he is doing NSF-sponsored field research in Houston with victims of Hurricane Harvey. His previous work concerned the practice of news journalism in Germany and the United States and demonstrated how the rise of new digital information technology combined with the spread of neoliberal policy regimes to profoundly unsettle broadcast-era patterns of newsmaking and news circulation, thus forcing news journalists to reinvent their expertise and authority. Future comparative research, also with Prof. Howe, will focus on the cultural and social dimensions of ice loss and sea level rise across the world.

Before joining the faculty at Rice in 2009, Boyer taught at Cornell University and the University of Chicago. He has held visiting fellowships at the EHESS-Paris, the Goethe Universität Frankfurt and Durham University. Boyer has been the recipient of grants and fellowships from the National Science Foundation, the Alexander von Humboldt Foundation, Fulbright, the Social Science Research Council, and the Wenner-Gren Foundation. In addition to editing the book series, Expertise: Cultures and Technologies of Knowledge (Cornell University Press) and Energy Humanities (Johns Hopkins University Press) and to leading the editorial collective of the journal Cultural Anthropology (2015-2018), Boyer is author of Spirit and System: Media, Intellectuals and the Dialectic in Modern German Intellectual Culture (Chicago UP 2005), Understanding Media: A Popular Philosophy (Prickly Paradigm 2007) and The Life Informatic: Newsmaking in the Digital Era (Cornell UP 2013). His next book will be published with Duke University Press in May 2019. It is titled, Energopolitics: Wind and Power in the Anthropocene.

He has co-hosted and produced CENHS’s Cultures of Energy podcast since 2016 (http://www.culturesofenergy.com). His first film, “Not Ok,” about the loss of Iceland’s first major glacier to climate change premiered in 2018.

Classical Social Theory and its Ecologies; Experts and Cultures of Expertise; Media, Culture and Society; Neoliberalism and Globalization; Phenomenological Anthropology; Proseminar in Anthropology

“Wind at the Margins of the State: Autonomy and Renewable Energy Development in Southern Mexico” In Contested Powers: The Politics of Energy and Development in Latin America, J-A McNeish, A Borchgrevink and O Logan (eds.), Zed Books, 2015, 92-115. (with Cymene Howe and Edith Barrera)

"On the ethics and practice of contemporary social theory: from crisis talk to multiattentional method." Dialectical Anthropology 34(3):305-324, 2010.

(with Alexei Yurchak) "American Stiob: Or, what late socialist aesthetics of parody reveal about contemporary political culture in the West" Cultural Anthropology 25(2):179-221, 2010.

“Censorship as a Vocation: The Institutions, Practices, and Cultural Logic of Media Control in the German Democratic Republic.” Comparative Studies in Society and History 45(3):511-545, 2003.

“On the Sedimentation and Accreditation of Social Knowledges of Difference: Mass Media, Journalism, and the Reproduction of East/West Alterities in Unified Germany.” Cultural Anthropology 15(4):459-491, 2000.

Special section of Anthropology News (May) " Energy and Energopolitics" (with Cymene Howe), 2011.

Special issue of Critique of Anthropology (26:1) “For a Critique of Pure Culture: Essays in Honour of Terence Turner” (with Steve Sangren), 2006.

Special issue of Ethnos (70:2) “Revisiting the Anthropology of Knowledge,” 2005.

“Paul Radin” (with Ian Lowrie) In The Sage Encyclopedia of Theory in Social and Cultural Anthropology, J McGee and R Warms (eds.) Sage, 2014.

"Reflexivity Reloaded: from anthropology of intellectuals to critique of method to studying sideways” In Essays in Honor of Ulf Hannerz, C Garsten (ed.) Berghahn, forthcoming.

"The Necessity of Being a Writer in Anthropology Today” In The Anthropologist as Writer, H Wulff (ed.) Palgrave, forthcoming.

“Postcard from Berlin: Rethinking the Juncture of Late Socialism and Late Liberalism in Europe” In The Soviet Society in the Era of Late Socialism, 1964-1985, N Klumbytė and G Sharafutdinova (eds.) Lexington, 2013. "

"The Institutional Transformation of Universities in the Era of Digital Information." In Making the University Matter, B Zelizer (ed.) Routledge, forthcoming.

"Biopower and cyberpower in online news." In Companion to Anthropology of Bodies and Embodiment, F Mascia-Lees (ed.) Wiley-Blackwell. forthcoming.

“Making (sense of) News in the Era of Digital Information.” In The Anthropology of News and Journalism: Global Perspectives, L Bird (ed.) Indiana University Press, 2009.

“Of Dialectical Germans and Dialectical Ethnographers: notes from an engagement with philosophy.” In Ways of Knowing, M Harris (ed.), Berghahn, 2007.

“The Impact and Embodiment of Western Expertise in the Restructuring of the Eastern German Media after 1990.” Anthropology of East Europe Review 19(1):77-84, 2001.

"Divergent Temporalities: On the Division of Labor Between Journalism and Anthropology." Anthropology News April:6,9, 2010.

“There are Still Thinkers in Germany” in My Idea of the Land of Ideas: How the World Sees Germany, ed T Sommer, pp.44-50. Munich: Droemer Verlag, 2006.

Renewable energy and energopolitics; media; knowledge; digital information and epistemology; experts, professionalism, and cultures of expertise; intellectuals and identitarian movements; the politics of affect and belonging; late, post, and neosocialism.