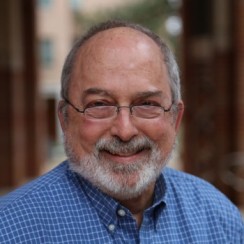 Professor Scott's research interests focus on the analysis and understanding of data with many variables and cases. The research program encompasses basic theoretical studies of multivariate probability density estimation, computationally intensive algorithms in statistical computing, clustering, robust estimation, and data exploration using advanced techniques in computer visualization. Professor Scott is Fellow of the ASA, IMS, RSS, AAAS, and ISI. He received the ASA Don Owen Award in 1993. He is the author of "Multivariate Density Estimation: Theory, Practice, and Visualization (John Wiley & Sons, 1992, 2nd edition 2015, and "STATISTICS:  A Concise Mathematical Introduction for Students, Scientists, and Engineers (John Wiley & Sons, 2020). He is on the editorial board of the Probability and Statistics series of John Wiley & Sons. He served on the Committee on Applied and Theoretical Statistics, as editor of JCGS, co-editor (with W. Haerdle) of computational Statistics, and on the editorial board of Statistical Sciences. He has served as Associate Editor of JCGS, JASA, and the Annals of Statistics. He is currently co-editor-in-chief on Wiley's WIRES Review Journal, Computational Statistics.   He has held several offices in the Statistical Graphics Section of the American Statistical Association, and elected to the Council of the IMS and IASC.