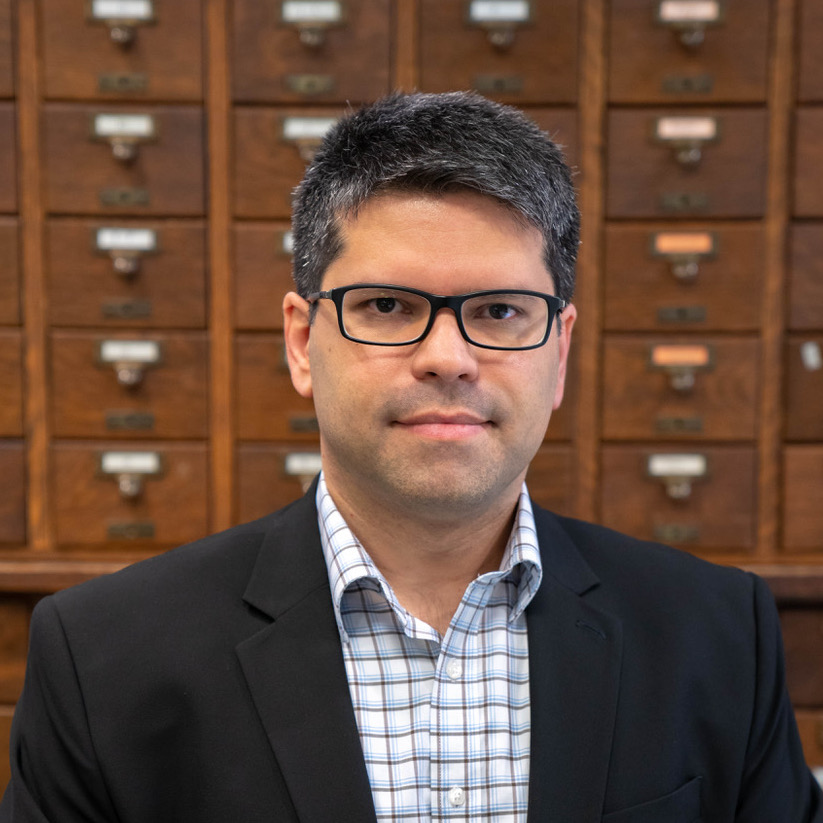 Dr. Daniel B. Domingues da Silva is associate professor of African History at Rice University and co-manager of Voyages: The Trans-Atlantic Slave Trade Database. He graduated with a B.A. in History from the Federal University of Rio de Janeiro, Brazil, in 2004 and earned his M.A. and Ph.D. from Emory University, Atlanta, in 2009 and 2011, respectively. Dr. Domingues’s research focuses on the history of the slave trade from West Central Africa, developed with funding from several institutions, including the National Endowment for the Humanities, the Andrew W. Mellon Foundation, and the Luso-American Foundation. His publications are available in books and peer-reviewed journals in English and Portuguese, such as the Journal of African History, Slavery & Abolition, and Revista Afro-Ásia. Dr. Domingues regularly teaches survey courses on the history of early and modern Africa as well as upper level courses such as “African History through the Digital Medium,” “Modern Africa in Film and Literature,” and “Fighting the Atlantic Slave Trade,” winner of the 2017 Center for Research Libraries Teaching with Primary Sources Award. Dr. Domingues enjoys working with dedicated undergraduate and graduate students, who set their own research agenda and are eager to succeed in their intellectual, artistic, or professional endeavors.