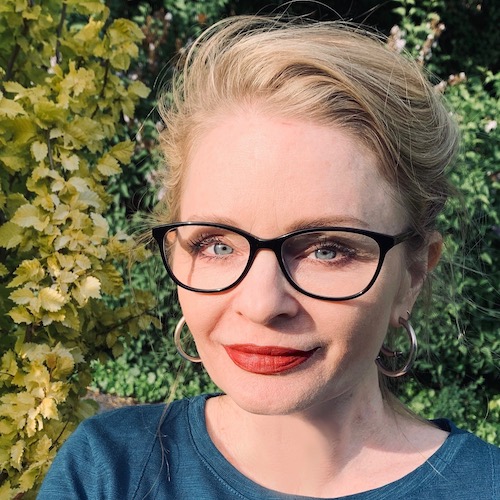 My research focuses on anthropogenic climate change and how it demands new ways of imagining our collective futures. I have a longstanding interest in the overlapping conversations between feminist and queer theories, new materialisms and more-than-human beings and I have been active in the creation of public-facing anthropological initiatives including: the memorial for Okjökull (Ok Glacier), the film Not Ok: A Little Movie about a Small Glacier at the End of the World, the installation Aeolian Politics, and several publications (The Anthropocene Unseen and Unda: A Graphic Novelette of Lived Energy) that test the edges of scholarly/public engagement. My field research has been in Iceland, Mexico, Nicaragua and the United States.

My current research focuses on the social life of ice in the Arctic and its travels south to become sea level rise in coastal cities. In Iceland, my MELT project has examined the social significance of ice, the values associated with it, and the implications of its expiration—an inquiry into the consequences of melt and the metamorphosis of ice. It is a study of cryohuman relations. In the next phase of the project—MELT//RISE—I am developing a cross-comparative analysis of adaptation strategies in the Arctic region and resilience techniques being implemented in coastal cities facing sea level rise due to the collapse of Arctic cryospheres. Using a NASA climate model called the gradient fingerprint map, I will “follow the water” from the north to the places where ice melt is fast becoming sea level rise. Rather than linking distant locations through the commodity chains, scapes or flows that have largely dominated globalization studies in the social sciences, this project uses the material substances of melting ice and moving water to develop the concept of “hydrological globalization.”

Ecologics: Wind and Power in the Anthropocene (Duke University Press 2019), my second book, is based on a collaborative research project (with Dominic Boyer) in Oaxaca, Mexico and focuses on the political and social contingencies of renewable energy development. Ecologics proposes that while energy transition demands the adoption of less catastrophic fuel sources, equally critical is knowing the ways that humans articulate energetic desires—for light and heat, movement and flourishing—and how these correspond with or disrupt the energetic needs of other biotic life and ecological systems.

In the edited collection, The Anthropocene Unseen: A Lexicon (2020, Punctum Books), Anand Pandian and I amassed 85 original, multidisciplinary essays to engage unexpected keywords for the Anthropocene—including, for example, Riddle, Rivers and Ruin and Fiction, Fire and Flatulence. Each entry is meant to both expand the categories of Anthropocene objects and to play with academic exposition as a form.

Currently, I am working with two colleagues on a volume entitled, Solarities: Being in the Time of Sun where we are developing a set of essays that are oriented toward finding solar influences in material, social and textual forms. I also currently co-edit with three colleagues, The Johns Hopkins Guide to Critical and Cultural Theory.

I spent over a decade working in Nicaragua and my first book, Intimate Activism: The Struggle for Sexual Rights in Postrevolutionary Nicaragua (Duke University Press 2013) analyzes how sexual rights activists reformulated their country's revolutionary history to create new models of sexual subjectivity and rights. Based on my research in Nicaragua I have served as an expert witness for several successful sexual asylum cases in the United States.

My publications can be found here: