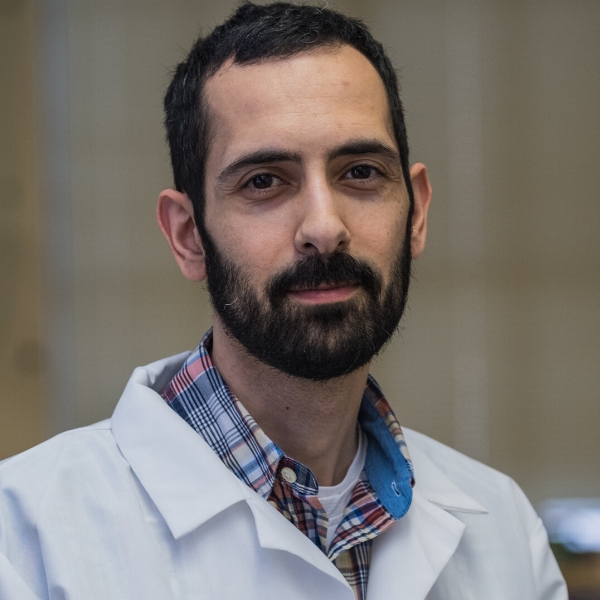 Bilal Ghosn brings valuable basic and translational research experience to the development of innovative curriculum in undergraduate bioengineering education, and in applying engineering research practices to laboratory instruction and experimentation. He is the recipient of the 2015 and 2020 Department of Bioengineering Excellence in Teaching Award.

Since joining Rice University’s Department of Bioengineering in 2013, Ghosn has undertaken several project-based laboratory modules in systems physiology, bioprocessing, and tissue culture as well as a lecture course in biostatistics. He developed a new course in Molecular Techniques in Bioengineering that covers experimental techniques and tools specific to bioengineering and that emphasize the physics of biomedical optics and the understanding and development of analytic techniques for optimal diagnostics.

Ghosn shapes engineering design education at Rice as an instructor and mentor for introductory and upper-level capstone courses in bioengineering and global health technologies at the Oshman Engineering Design Kitchen (OEDK). In partnership with Shriners Hospital for Children, he implemented the new course, Needs Finding and Development in Bioengineering, which teaches students to identify unmet clinical needs, and to apply engineering design process as they build and test a working prototype. Ghosn also teaches the bioengineering course in Digital Design and Visualization at the OEDK.

Ghosn’s strong record of published work as a postdoctoral researcher at the University of Washington and as a doctoral graduate student at the University of Texas, Austin focused on advances in tissue engineering and biomaterials, drug delivery, and immunobioengineering techniques. His portfolio includes 12 journal publications, four patent applications and co-authorship on a book chapter in Biomaterials Science: An Introduction to Materials in Medicine, third edition.

Ghosn’s research projects in the laboratories of Professors Patrick S. Stayton and Allan S. Hoffman at the University of Washington involved the development of stimuli-responsive synthetic polymers for the intracellular delivery of a variety of biomacromolecules including siRNA as well as anti-cancer antibodies and enzymes. His work also included the development of targeted carriers incorporating carbohydrates. These delivery vehicles were developed by the revolutionary method of Reversible Addition-Fragmentation chain-Transfer (RAFT) polymerization for the production of highly reproducible and controlled polymers to treat disorders, such as cancer and lung disease. These projects were conducted in collaboration with the University of Washington School of Medicine and the Fred Hutchinson Cancer Research Center.

Ghosn has a doctorate in biomedical engineering from the University of Texas, Austin. His investigations in the laboratories of Professor Krishnendu Roy and Professor Lisa Brannon-Peppas, included the development of a novel amine-modified chitosan for enhanced nucleic acid therapy and contrast agent delivery in collaboration with Ambion, Inc. and Rice University’s Department of Bioengineering. These modified natural polymers have been shown to provide effective systemic siRNA-mediated gene silencing as well as tools for tissue permeation to provide an opportunity for more accurate cancer diagnosis in biopsy samples. His work also included the development of microparticles for the delivery of DNA vaccines in collaboration with the University of Texas MD Anderson Cancer Center, which demonstrated significantly enhanced immune responses.

University Committee for Fellowships and Awards