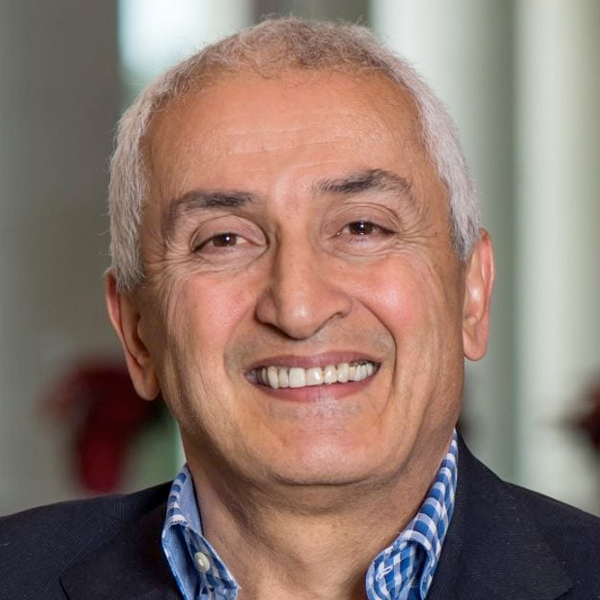 He received an Honorary Doctorate degree from the University of Oulu, Finland (the highest honor that the university can bestow) in 2017 and IEEE ComSoc CTTC Outstanding Service Award “For innovative leadership that elevated the success of the Communication Theory Workshop” in 2016. He is a recipient of 2004 IEEE Communication Society’s Stephen O. Rice best paper award for a paper with A. Sendonaris and E. Erkip. In addition, Sendonaris, Erkip, and Aazhang received IEEE Communication Society’s 2013 Advances in Communication Award for the same paper. He has been listed in the Thomson-ISI Highly Cited Researchers and has been keynote and plenary speaker of several conferences.

His research interests are signal and data processing, information theory, dynamical systems, and their applications to neuro-engineering with focus areas in (i) understanding neuronal circuits connectivity and the impact of learning on connectivity (ii) developing minimally invasive and non-invasive real-time closed-loop stimulation of neuronal systems to mitigate disorders such as epilepsy, Parkinson, depression, obesity, and mild traumatic brain injury (iii) developing a patient-specific multisite wireless monitoring and pacing system with temporal and spatial precision to restore the healthy function of a diseased heart, (iv) developing algorithms to detect, predict, and prevent security breaches in cloud computing and storage systems.

Signal and data processing with applications in understanding the dynamics of neuronal circuits and neuromodulation, cardiac signal monitoring and pacing, and detection, prediction, and prevention of security breaches in cloud computing systems

1986 Ph.D. in E.E.,University of Illinois at Urbana-Champaign

1983 M.S in E.E.,University of Illinois at Urbana-Champaign

1981 B.S.E.E., University of Illinois at Urbana-Champaign