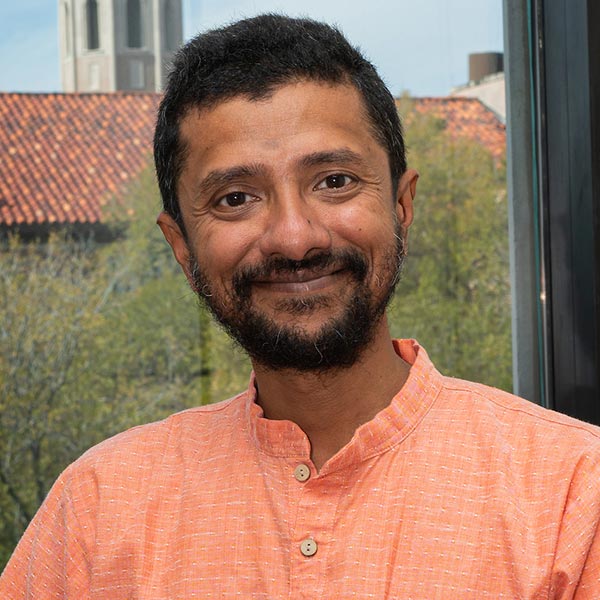 Veeraraghavan is co-developer of FlatCam, a thin sensor chip with a mask that replaces lenses in a traditional camera. Making it practical are the sophisticated computer algorithms that process what the sensor detects and converts the sensor measurements into images and videos. FlatCams may find use in security or disaster-relief applications and as flexible, foldable, wearable cameras, and even disposable cameras.

The same team has also developed FlatScope, a flat microscope and software system that can decode and trigger neurons on the surface of the brain. The project is part of a $65 million effort by the federal Defense Advanced Research Projects Agency (DARPA) to develop a high-resolution neural interface. Among many long-term goals, the Neural Engineering System Design (NESD) program hopes to compensate for a person's loss of vision or hearing by delivering digital information directly to parts of the brain that can process it. The Rice ECE team, in collaboration with Yale University, will receive $4 million over four years to develop the optical hardware and its software interface.