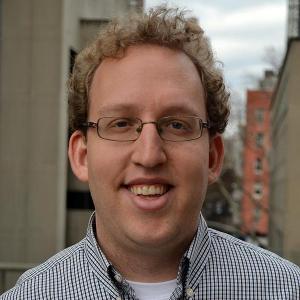 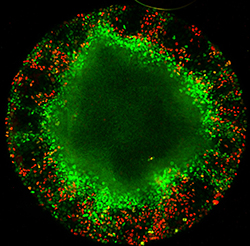 My research focuses on quantitative studies of signaling dynamics and spatial pattern formation during embryonic development and in the cancer microenvironment. My previous work has used live-cell signaling assays to show that the dynamics of the TGF-beta signaling pathway are adaptive and to explore the consequences of this discovery for the function of TGFbeta as a patterning signal. I have also used micropatterning technology to develop in vitro systems for studying pattern formation. In particular, I have demonstrated that human embryonic stem cells (hESCs) confined to micropatterns during differentiation form self-organized patterns containing all three germ layers and reminiscent of those in mammalian embryos.

Current projects include: using live-cell reporters of both signaling and fate in micropatterned culture to dissect the mechanisms of pattern formation, manipulating the shape of the micropatterned constraint to understand the relationship between geometry and cell fate, and developing three-dimensional culture systems that more completely mimic embryonic development. Ideas and tools developed for the study of embryonic development are also being deployed to understand the role of signaling dynamics and the relationship between healthy and diseased cells in the cancer microenvironment.