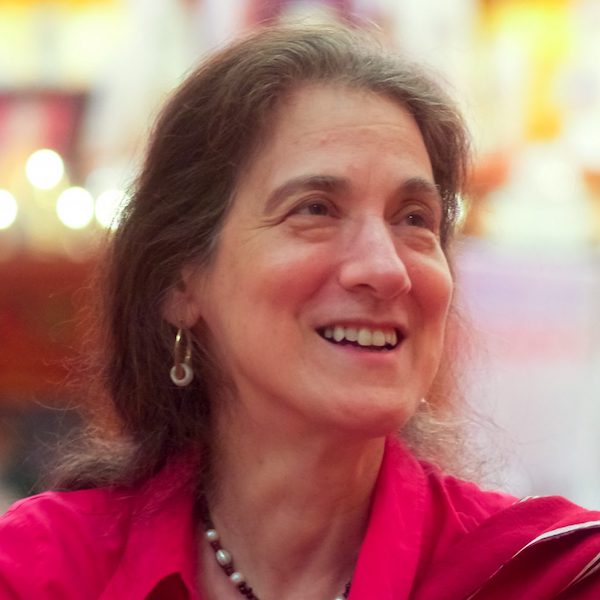 Anne Carolyn Klein/Rigzin Drolma, is Professor and a former Chair of the Department of Religion, Rice University, where she helped developed a contemplative studies concentration for graduate students. Co-founder of the Dawn Mountain Center for Tibetan Buddhism. She is a Lama in the Nyingma (ancient) Buddhist tradition.

Her central thematic interest is the embodied interaction between head and heart across a spectrum of Buddhist theories of cognitive and somatic knowing. She participates also in the emerging field of micro-phenomenology where the juxtaposition of philosophical, scientific, and experiential research promises a fresh way of bridging traditional and contemporary cultures’ ways of knowing.

Her seven books include Knowledge and Liberation (translated. into Russian, and Chinese) on Buddhist distinctions between intellectual knowing and direct experience; Path to the Middle: The Spoken Scholarship of Khensur Yeshe Thupten, a study in Tsonkhapa’s Madhyamaka; Meeting the Great Bliss Queen, contrasting Buddhist and Feminist understandings of self and, with Geshe Tenzin Wangyal Rinopche; Unbounded Wholeness, discussion and translation of a Bon Dzogchen text. Buddhist Dzogchen is central to her Heart Essence of the Vast Expanse: A Story of Transmission, with chantable English translations of Jigme Liingpa’s Foundational Practices and Adzom Rinpoche’s condensation of them, and Strand of Jewels, a synthesis of essential Dzogchen instructions from his heart teachers by Khetsun Sangpo Rinpoche.