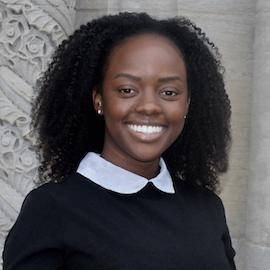 Marbella Eboni Allen is a writer and sociological scholar of Black Gender Studies whose interests lie at the intersection of race, class, and gender. Her work specifically investigates the construction of gender identities and ideologies among Newly, as in first-generation, Middle Class Black Americans. Her research engages in conversation with Black feminist theory, Black masculinity theory, Black cultural studies, and performance studies.

Her current book project, Marriageable But Never-Married: Race, Class, Gender and Marriage Culture Among Newly Middle- Class Black Americans, analyzes the relationship between upward class mobility and the intergenerational transmission of ethnic culture in the construction of gender among newly middle-class Black women and men. In this manuscript she analyzes life history narrative data with 92 never-married Black women and men in and around Houston metropolitan area in Texas.

In her previously published work, “You can have it all, just not at the same time:" Why Doctoral Students are Actively Choosing Singlehood, she investigates how women and men PhD students prioritize family goals alongside career development. This paper was published in the Gender Issues journal and found that women disproportionately perceive family formation and the pursuit of an academic career to be fundamentally incompatible. While both women and men privilege career pursuits, women are more likely to report opting for singlehood, by intentionally delaying romantic relationships, marriage, and family formation until they have met career goals.

She is currently a Doctoral candidate in the Sociology department at Rice University, graduating in May 2021.