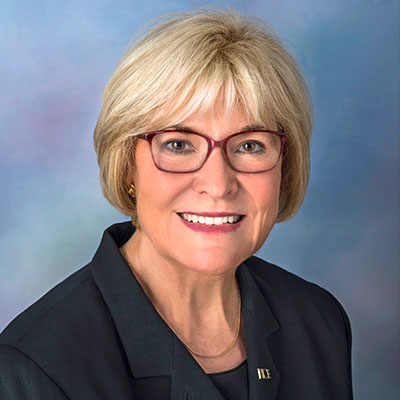 Linda Thrane has served as Vice President for Public Affairs since 2007. She is charged with developing active support for the university among its broad base of stakeholders: the university community; local, state and federal policymakers; alumni, donors and friends of the university; broadcast, print and specialty media and social media, and the general public. Thrane served as vice president of university relations at the University of Minnesota from 2005-2006, where she led the university’s internal communications, public relations, government relations, communications services, marketing, community outreach and alumni relations. She was executive director of the Council for Biotechnology Information, a $135 million communications initiative to inform the North American public about agricultural and food biotechnology from 2000-2004. Prior to her service at the University of Minnesota, she was vice president of public affairs at Cargill, editorial writer for the Minneapolis Star Tribune, associate director of the Minnesota Petroleum Council and political reporter for the United Press International. Thrane attended Arizona State University on a full academic scholarship and graduated summa cum laude with a B.A. degree in journalism and minor studies in English and Spanish. She also attended Chapman College’s World Campus Afloat on an outstanding achievement scholarship.