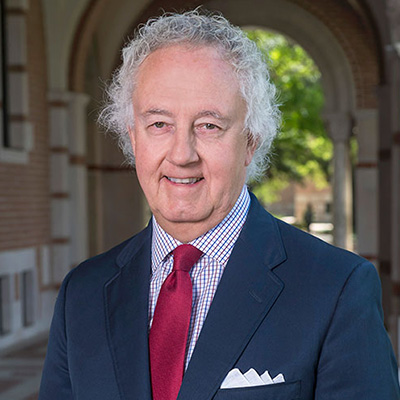 In 1991, he became dean of music at the University of North Carolina School of the Arts (UNCSA) at the University of North Carolina. During his time there, he established the A.J. Fletcher Opera Institute with a $10 million commitment from the A.J. Fletcher Foundation and subsequently created one of the most prestigious graduate opera programs in the country. His conceptual vision provided the plan for an eventual realization of the school’s $15 million music building and concert hall.

Dean Yekovich's accomplishments since joining the Shepherd School include appointing a large cadre of nationally and internationally renowned studio faculty and artist teachers; a dramatic increase in the School’s endowed and annual gift funds, particularly for merit scholarships; enhancing the quality of the orchestra, opera and chamber music programs; two east coast tours by the Shepherd School Symphony Orchestra culminating in performances at Carnegie Hall; The Conservatory Project at the John F. Kennedy Center for the Performing Arts in Washington D.C.; the recently established partnership with the New York Philharmonic’s Global Academy; launching an exchange program with the Hochschule für Musik und Theater Leipzig; and the completion of Brockman Hall for Opera, a new $100 million facility that houses a 600 seat state-of-the-art theater. Completed in July 2020, Brockman Hall for Opera combines with Alice Pratt Brown Hall and a connecting plaza to form the new Brockman Music and Performing Arts Center.

Dean Yekovich is a composer whose works have been performed and broadcast throughout North and South America. His honors include a commission from the Fromm Music Foundation at Harvard University. He serves on many boards and ongoing committees including the New York chapter of the League of Composers/International Society for Contemporary Music, the Houston Symphony, Chamber Music Houston, the Eastern Shore Chamber Music Festival, the Perry R. Bass Fellowship Selection Committee, the Louis Moreau Gottschalk Institute, the Wellesley Composers Conference, Speculum Musicae, the Advisory Board of the University of Denver Lamont School of Music (and the Lamont Society Honorary Board), The Shepherd Society, Houston Methodist Center for Performing Arts Medicine, the National Center for Human Performance, and the High School for the Performing and Visual Arts in Houston.

Master of Arts in Music, Lamont School of Music