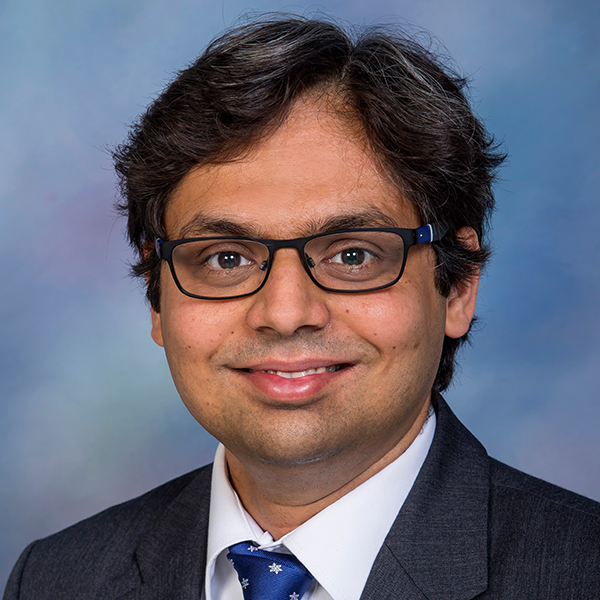 Dr. Bharadwaj was a postdoctoral researcher in the Photonics Laboratory at ETH Zurich, Switzerland. Prior to this, he earned his Ph.D. in Physics at the University of Rochester, experimentally investigating the interaction of single quantum emitters (such as dye molecules or quantum dots) with optical antennas made from colloidal metal nanoparticles. His thesis advisor was Prof. Lukas Novotny, who led the Nano-Optics Group in Rochester until his move to ETH Zurich in June 2012. Bharadwaj joined the Rice ECE faculty in 2015.

His research focuses on the optical and electrical properties of nanomaterials and next generation of optoelectronic devices based on control over nanoscale light matter-interaction. His research has a focus on optoelectronic characterization of functional nano materials, and he is engaged in creating low-dimensional metal-semiconductor hybrid mesoscale materials and devices for applications ranging from solid state lighting to quantum computing, and from photovoltaics to photocatalysis.