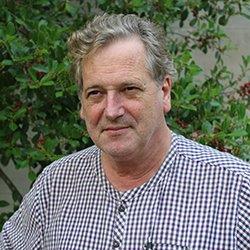 Theory, experiments, and computer simulations, the latter often in collaborations at Rice University and other universities in this country and in Europe, are used to investigate problems in diverse fields. These fields include: interfaces and surfaces of low-dimensional fluids, magnets, ferroelectrics, liquid crystals, as well as magnetic carbon nanotubes, wetting phenomena, percolation, and phase equilibria and transitions of colloid-polymer mixtures. A present focus is on confined mixtures of colloids and polymers, including those exhibiting critical points. An important objective is to test our theoretical prediction of the violation of the universality of critical interfacial behavior in two-dimensional systems. In a recent new approach, mixtures of red blood cells (RBCs) and novel charged synthetic polymers are studied theoretically and experimentally. The goal is to predict and measure the interactions between the RBCs in the presence of these polymers, the RBC aggregation these interactions may induce, and the effect of the latter on the delivery of O2 by RBCs to the tissues. We recently initiated experimental collaborations with our departmental colleagues Profs. Biswal and Verduzco, and with Prof. Doursout, an experimental biologist at the University of Texas Health Center at Houston, adjacent to the Rice University campus. Other research interests closer to fundamental physics and mathematics lie in quantum field and prime number theories.